What's So Bad about Processed Foods?
Processed foods like chips, soda and frozen pizzas are full of salt, sugar and fat. Now, scientists are trying to understand if there is something else about such foods that may be bad for humans.
Scientists have already linked low-cost, packaged foods to rising obesity rates around the world. Obesity is a condition involving too much body fat. It increases the risk of many health problems.
Three recent studies offer more clues on how our increasingly industrialized food supply may be affecting our health.
What does processed mean?
The researchers created a system that places foods into four groups. The system says highly processed foods are made mostly of industrialized materials and additives.
Sodas, packaged cookies, instant noodles and chicken nuggets are some examples of highly processed foods. But also included are products that can seem healthy, such as morning cereals, energy bars and some kinds of yogurt.
What's wrong with processed foods?
Researchers at the National Institutes of Health conducted a four-week study involving 20 people. They found that people eat about 500 more calories a day when fed mostly processed foods. That is compared to when the same people were given less processed foods.
The researchers permitted the 20 participants to eat as much or as little as they wanted. They were taken to a medical center so their health and behavior could be observed.
In another study, researchers in France found people who ate more processed foods were more likely to have heart disease. A similar study in Spain linked eating more processed foods to a higher risk of death in general. 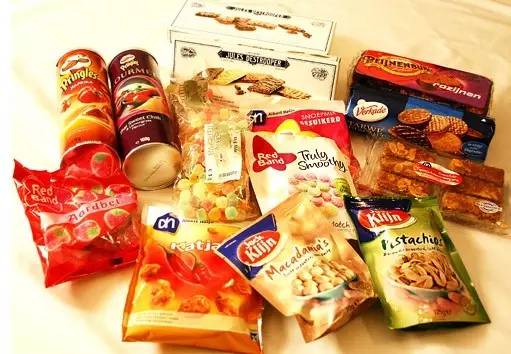 What is it about processed foods?
When fed less processed foods, people in the study produced more of a hormone that controls hunger, and less of a hormone that causes hunger. The reason for the reaction is not clear. The scientists also found that people ate processed foods more quickly.
Kevin Hall is one of the researchers who led the study. He told the AP that processed foods are usually "softer and easier to chew and swallow."
Hall noted the source of nutrients might make a difference. For example, fibers from whole fruits and vegetables may be better for making people feel full than fiber added to packaged foods such as energy bars and yogurt.
What should you eat?
Avoiding processed foods can be hard, especially for people with limited time and money.
Processed foods can also take many forms. In addition, companies continually re-engineer products to make them seem healthier.
The newest studies may provide more reasons to avoid processed foods. But, they also call attention to the difficulty of coming up with ways to do that.
I'm Jonathan Evans.