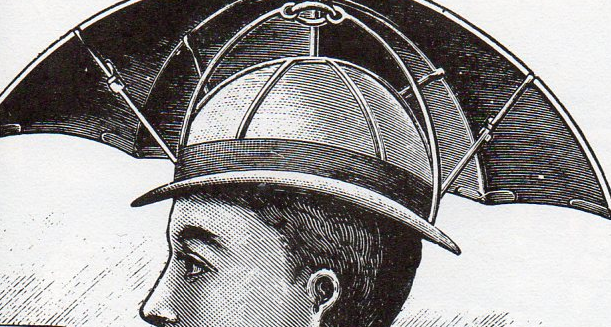 The Motoman SDA10 is a dual armed robot designed to cook Japanese pancakes. Developed by Toyo Riki Co, the robot weighs 480 lbs and stands 4.5 feet tall. It's designed to work independently alongside humans in the workplace.

The first capsule hotel was opened in Osaka in 1979, offering cheap accommodations. Amenities differ by location, but most capsules are 6 feet by 3 feet by 4 feet and include TV. Going rates for a night's stay are between 25 to 50 dollars per unit in Japan.

Metex in Japan has solved the butter spreading issue once and for all. The straightforward device allows butter to be left at room temperature prior to use. With a simple turn, the butter is grated and easily spreads onto food items.

Japan has a plethora of devices designed to tone your face and decrease wrinkling. Originally thought to be a gag, the face slimmer costs about 83 dollars in online stores. The device allegedly slims the face and must be used for three minutes per day.

A japaness garment designer created a skirt that turns into a disguise. A woman could potentially blend in with surrounding vending machine to hide. While it looks like a vending machine from the front, it might fool attackers.

The cupman is designed to lie snugly across your cup noddles while they cook. It is intended to keep the heat in and ensure the noodles are fully cooked. He also changes colors in three minutes to alert the user that the food is ready.

The female lap pillow launched in mid-2000s and was easily dismissed as a gag. Tourists in Japan can obtain a lap piloow at one of the many duty free shops, originally intended to help lonely men. It has gained popularity with everyone.

Phone and tablet screens have gotten a lot larger, but human thumbs have not. Thanko's thumb extender gives a thumb 15 millimeters of extra 13.56 dollars. The fake thumbs comes with a precision knob to make browsing easier.

Square watermelons are grown in boxes to ensure they maintain their shape. They weign about 13 pounds, are harvested before they are ripe and are mostly inedible. They are sold in hign end stores and cost 100 dollars per decorative watermelon.

A headband with a brain wave sensor that detects thoughts emotions of the user. The motorized cat ears respond to the user's mental state and move accordingly. A set of ears typically go for 99.95 dollars and can be bought online or at conventions.